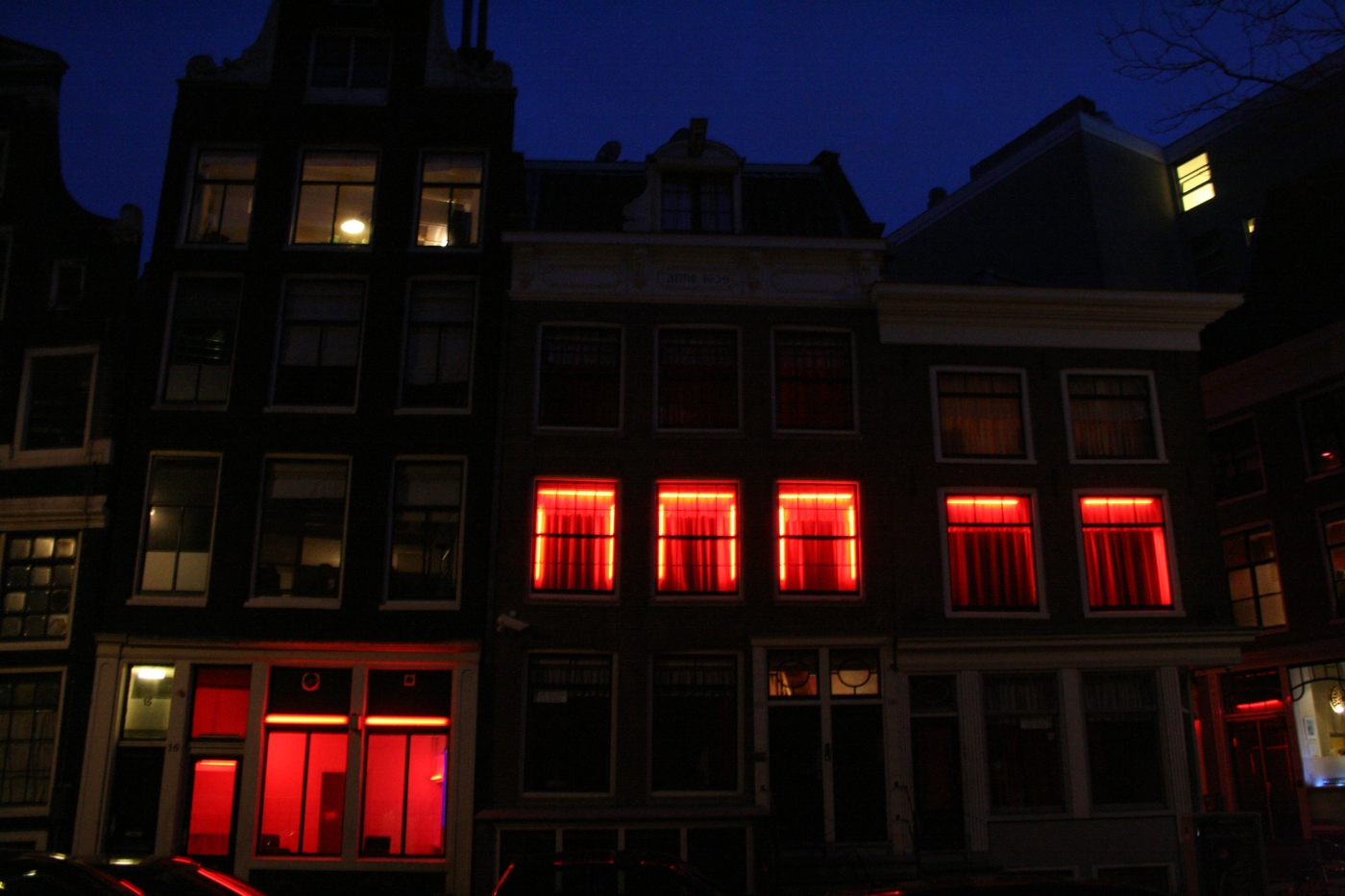 It’s not called the ‘oldest profession’ for nothing. Sex is a commodity that will never fall out of style, so there will always be clients, men usually, willing to pay for sex. I actually trolled the internet for evidence of women paying for sex, and I found nothing on the subject. As long as there is a client willing to pay for a good or service, we have what is commonly known as a ‘market,’ and as long as there is a market, there will be people willing to provide the good or service. In fact, as anyone who understands retail and the marketplace knows, lack of a commodity in demand, drives the price up and often creates more demand.

Advocates for legalizing prostitution claim that it reduces crime, it protects the women and it reduces disease. Opponents to it usually cite issues of morality and claim it is a sin and say that it objectifies women. They also link it to sexually transmitted infections (STIs), including HIV, and human trafficking.

DISCLAIMER: Before I delve any further into this, I want to be VERY clear about something. From here forward when I refer to prostitution or to sex workers. I am referring to men or women of legal age who have voluntarily chosen to pursue sex work as a profession. I am NOT referring to anyone underage, whether they have chosen it or not, and I am not referring to anyone who has been illegally trafficked or has been in any way coerced or forced into sex work. That is a different topic. This post is strictly about the CHOICE to become a  sex worker.

Currently in countries where it is illegal, the sex worker and/or the client may be guilty of a crime of solicitation or of unlawful sex. Different countries define and prosecute it differently. In some cases, solicitation is illegal and in some cases the act is illegal. As a result, if a sex worker is harmed by a client in any way, in many cases, she has no course of action. She cannot report a crime to police, who could, in turn, prosecute her. At a minimum, she will be faced with discriminatory treatment at the hands of those meant to protect: police and healthcare workers.

The argument that legalizing prostitution would increase prostitution, is a flimsy one. According to studies cited by www.procon.org, the opposite is the case. The top 10 countries (based on evidence available) in terms of percentage of nationals of that country who have solicited sex are, in order:

Of those 10, in how many do you think prostitution is illegal?

1. Cambodia
2. Thailand
5. Japan (non-coitus acts are legal, but intercourse is illegal)
7. US (with the exception of some parts of Nevada)
8. China

Half of them, including three of the top five, criminalize sex work, so essentially, it does not seem to appear that legalizing it encourages the activity, the reverse may in fact be true

There is, of course, an issue of transmission of sexually transmitted infections (STIs), including HIV. However, as mentioned above, regarding discrimination, sex workers are more likely to seek testing, care and treatment if they do not fear being ill-treated by health care providers.

A 2014 study conducted in Australia, found that sex workers actually had LOWER rates of STIs than did members of the general public. This seemed to be based on awareness of risk, regular condom usage (with commercial clients) and frequent testing resulting in early detection and treatment.

Let’s look at a list of places where prostitution is illegal  and compare that to a list of countries with the highest prevalence of HIV.

Looking at HIV prevalence among adults, which usually refers to the percentage of adults (15 and up) who are HIV positive, the greatest prevalence rates are in southern Africa followed by the rest of Africa. Of the top 20 countries for prevalence, all, but one (the Bahamas) are in southern Africa. Because that list did not include all countries in Africa, I will use wiki for help as well. The only country where prostitution is legal among those with top twenty highest rates of HIV prevalence is Ivory Coast (19th).

The next twenty? Since we have pretty much finished with Africa, only eight are in Africa with the remaining 12 being: Suriname (illegal), Thailand (illegal), Russia (no law on it), Barbados (illegal), Ukraine (illegal), Cambodia (illegal), Latvia (legal), Moldova (illegal, according to this very odd article on the Welcome Moldova website. Worth a read.), Guatemala (legal), Dominican Republic (legal), Panama (legal) and Uruguay (legal). The US (illegal) ranks number 65.

Of the fifty countries with the highest prevalence rates of HIV, only nine have fully legal prostitution.

Although certainly any statistician will tell you, that just because x is true and y is true does not mean x leads to y, there is a pretty strong correlation between high HIV rates and illegal prostitution. It is fairly safe to assume, and studies contend, that legalizing prostitution would encourage the sex workers to seek health care (including testing and treatment of STIs) without fear of discrimination and would access and use condoms.

Under the UN Declaration of Human Rights, everyone has a right to work. Article 23 states:

No where does it say that people must choose a profession that everyone agrees is ‘moral.’ I was at a meeting the other day, and a woman there who was representing the Global Network of Sex Work Projects was adamant that she chose sex work and that she is not alone. Perhaps the choice, for many, was for lack of a better option, but the pay for sex work is often higher than their alternatives. If it was a choice, who are the naysayers to claim that they can’t conduct business, that they haven’t got a right to work?

Amnesty International is currently working to legalize sex work, and they are being blasted for it by advocate groups who are anti-trafficking. NO ONE is advocating for trafficking. As usual, Huffington Post did a great article on this.

Let’s do another comparison. Let’s look at countries with poor records for controlling and reducing trafficking and see how they feel about prostitution, shall we? Looking at the Tier 2 Watch List and Tier 3 List, of the 48 countries on the list that criminalize prostitution (partially or completely), 16 of them fall on either the Tier Two Watch List or Tier Three List.

Also ranking as Tier Two Watch or Tier Three are 25 African countries, which as stated before, all criminalize prostitution with the exception of Ivory Coast and Senegal, which both made it into Tier two on the trafficking list. It would appear, therefore, that illegal sex work has a positive correlation to trafficking.

On the Tier One List, meaning the best record in terms of trafficking, only two of the thirty-one countries do not have some form of legal sex work, South Korea and the Bahamas. Others such as the US, Canada and Australia have some legal sex work, but it is not fully legal.

1, Does not lead to more men going to prostitutes;
2. Does not increase, and may in fact decrease rates of STIs among sex workers and clients;
3. Allows  those who choose to be sex workers to be treated with dignity by police, health care workers etc.
4. Allows those who choose sex work as a profession the right to work;
5. Does not lead to human trafficking, and may in fact hinder it;

The customers are happy because they aren’t risking contracting an STI or getting arrested.

The sex workers are happy because they feel safe and protected; they feel empowered to use condoms and protect themselves; they can seek assistance from the police and healthcare workers; and they can earn a living. This Ted Talk given by a sex worker clearly explains what it is they want.

The tax payers should be happy because money does not have to be spent raiding and prosecuting a legal activity.

It is always beyond me why people care what other people do in terms of sex. Is it harming you or impacting your life? Possibly if your partner is visiting sex workers, but that is a private matter, not a legal one.

About the only unhappy people are the pimps and those making money off of ILLEGAL sex work because efforts can be focused there rather than on LEGAL sex work. They are the real criminals–not the clients and not the sex workers.

Oh, and the religious moralists will be unhappy, but while I hope they can find solace elsewhere, they need to let people live as they choose.

Update: Long after I wrote this post, I came across this great Ted Talk by a sex worker on the topic.